Introducing the 2018 BB56 Armageddon. Each year, in honor of Memorial Day, Bettinardi Golf produces one of our most meaningful putters of year – the Armageddon military themed putter. This year, the BB56 Armageddon is the second in this limited run series by Robert Bettinardi, and is the most unique and precious material he’s ever used to mill and craft a putter. It was milled from actual Humvee door cutouts! A must read story below.

About The BB56 Armageddon

The most powerful and symbolic putter RJB has ever created, starting with the base metal, a high-grade (Military) Kaiser Aluminum. This was the same material used in the doors of special Humvees that protected Ryan while he fought to take down active terror cells in Iraq. Ryan, Brian and Robert’s love for both the military and golf turned this dream project into a reality, using the special material to produce just 125 pieces of our BB56 putter. Finished with a stealth desert sand finish and hand painted in an orange and brown army paint scheme, made in the U.S.A., and made from the same metal used to protect this great country. Mission accomplished - RJB

Only 125 pieces were made worldwide 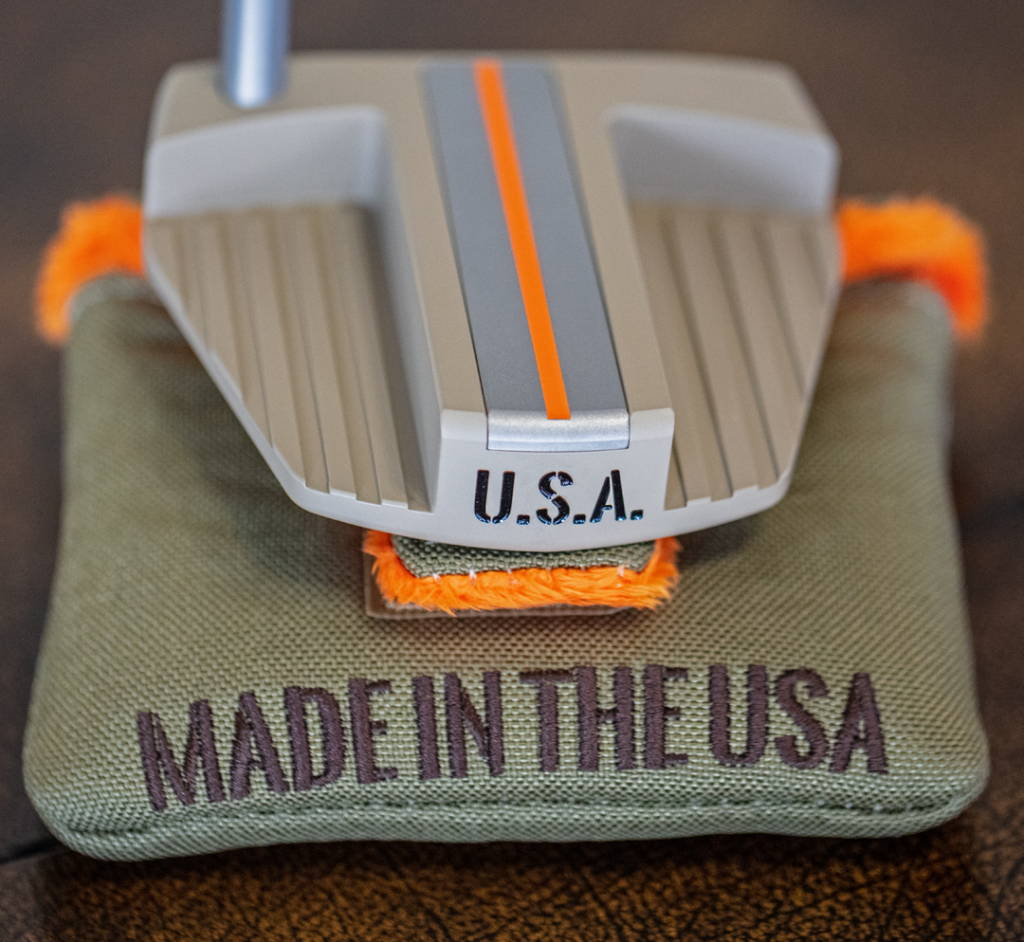 The Special Story Behind the BB56 Armageddon

The base metal, High-grade (Military) Kaiser Aluminum was delivered to RJB by Specialist Ryan Finch, from The 2nd Brigade Combat Team of The United States Army, and his father, Brian Finch. Brian Finch worked at Magna Machine Company in Cincinnati, Ohio, where the Humvees that Ryan drove on terror raids in Iraq were made. Brain was given special permission by his company to save metal from the Humvees as his son served to protect this great country during Operation Iraqi Freedom -- and he held onto it closely.

Brian Finch’s original vision for the Humvee metal was to make plaques for Ryan when he returned home to Ohio. What he didn’t know at the time was that when Ryan ultimately returned home, the two would have much-needed catch up time on the golf course, and the game of golf would serve as an important time and place to bond. Father and son became even further connected through the game of golf.   When Brian shared with Brian the details about the Humvee material that he had saved, they decided together the best use for it -- as it was around the same time that they learned about Bob Bettinardi and the 2017 BB1 Armageddon putter. Ryan sent what he thought would be a general email to a customer service member at Bettinardi. He had no idea that Bob Bettinardi would not only see his email, but quickly reply in minutes and set up a call shortly after.

A passionate military supporter, and a man who has proudly built a successful American company where golf’s finest putters are crafted, Bob couldn’t be more excited about the challenge to craft a putter using High-grade Kaiser Military Aluminum. Similar to the 6061 Aluminum Bettinardi used to mill their production BB56 putter, Bob and his talented team at Bettinardi had to test the material to ensure they could machine and cut it properly. After numerous tests, our talented engineers along with RJB agreed they could move forward in accepting the challenge from the Finch’s and mill putters from the metal.

The BB56 Armageddon will be available in the Hive this Thursday starting at 10 AM CST and at select Bettinardi Specialty Accounts starting on Friday, June 25th . Only 125 putters were made. A portion of the proceeds will go to benefit the Warriors For Freedom. 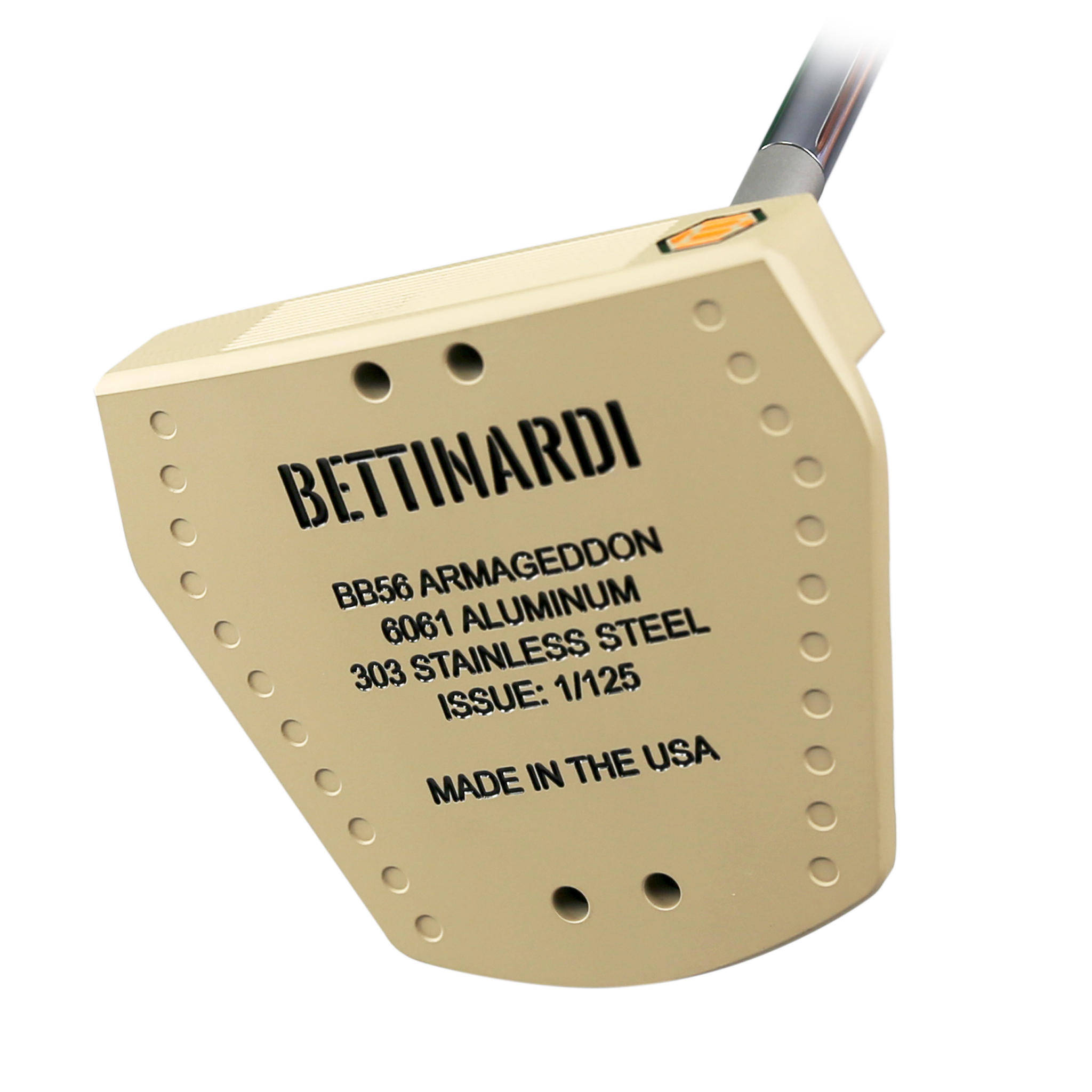 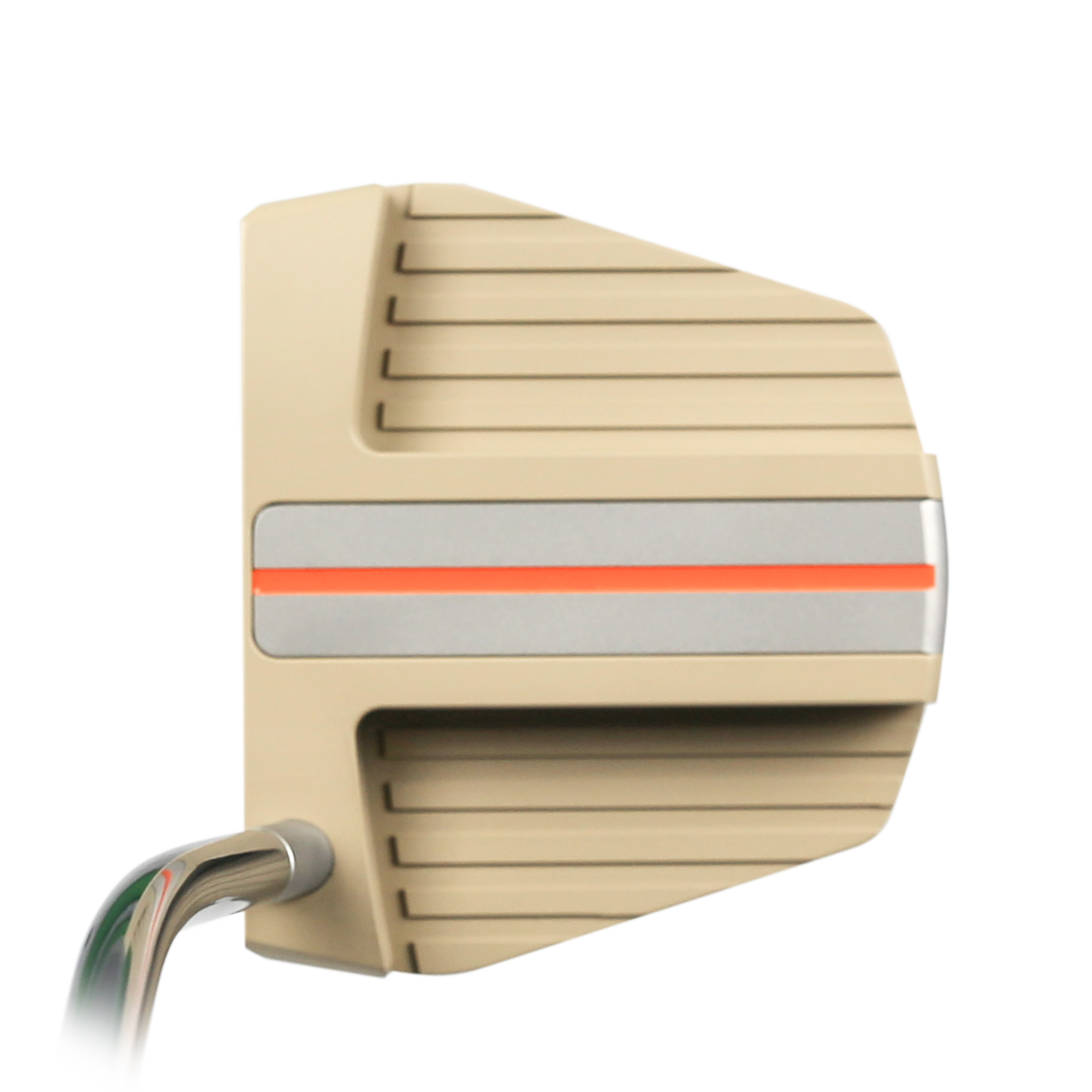 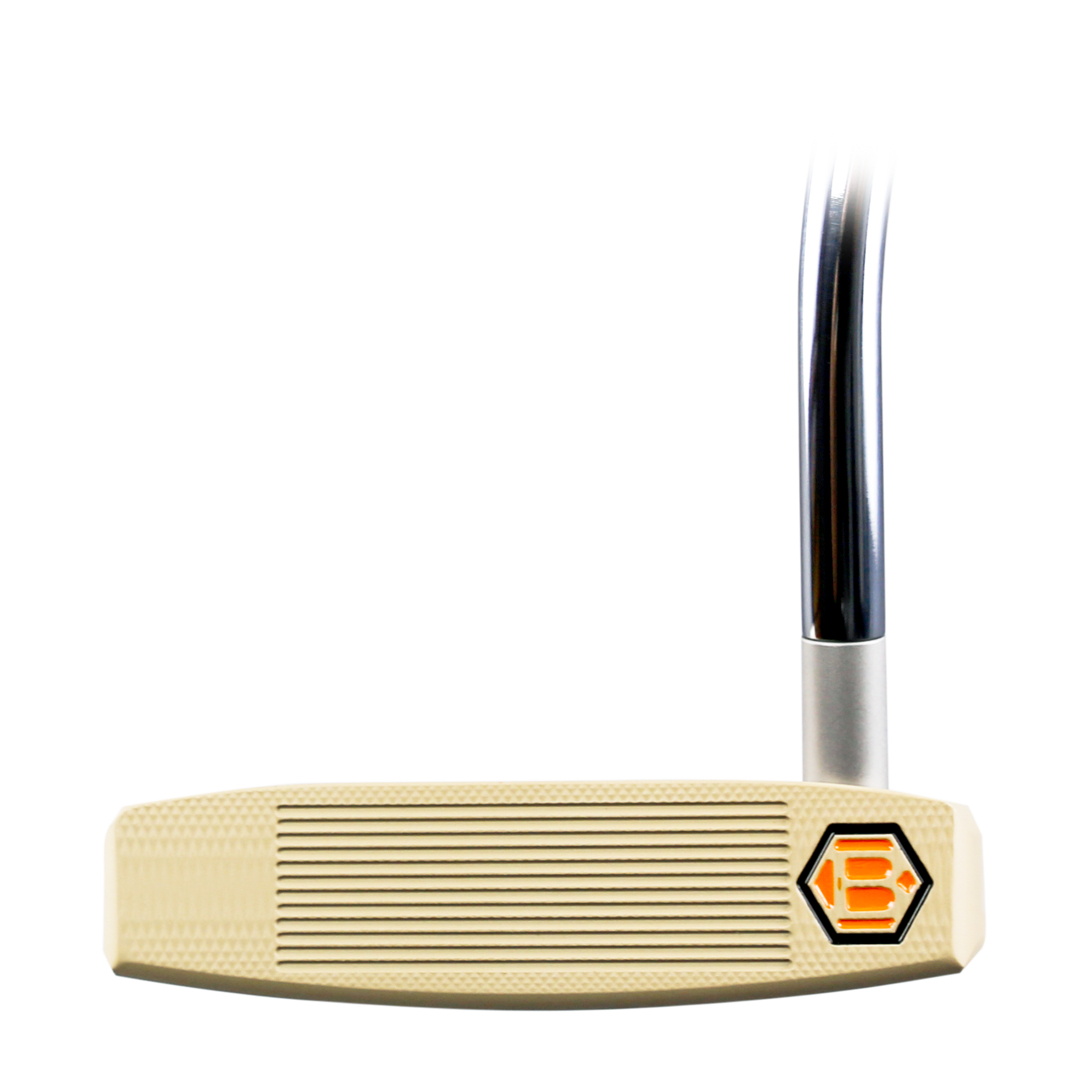 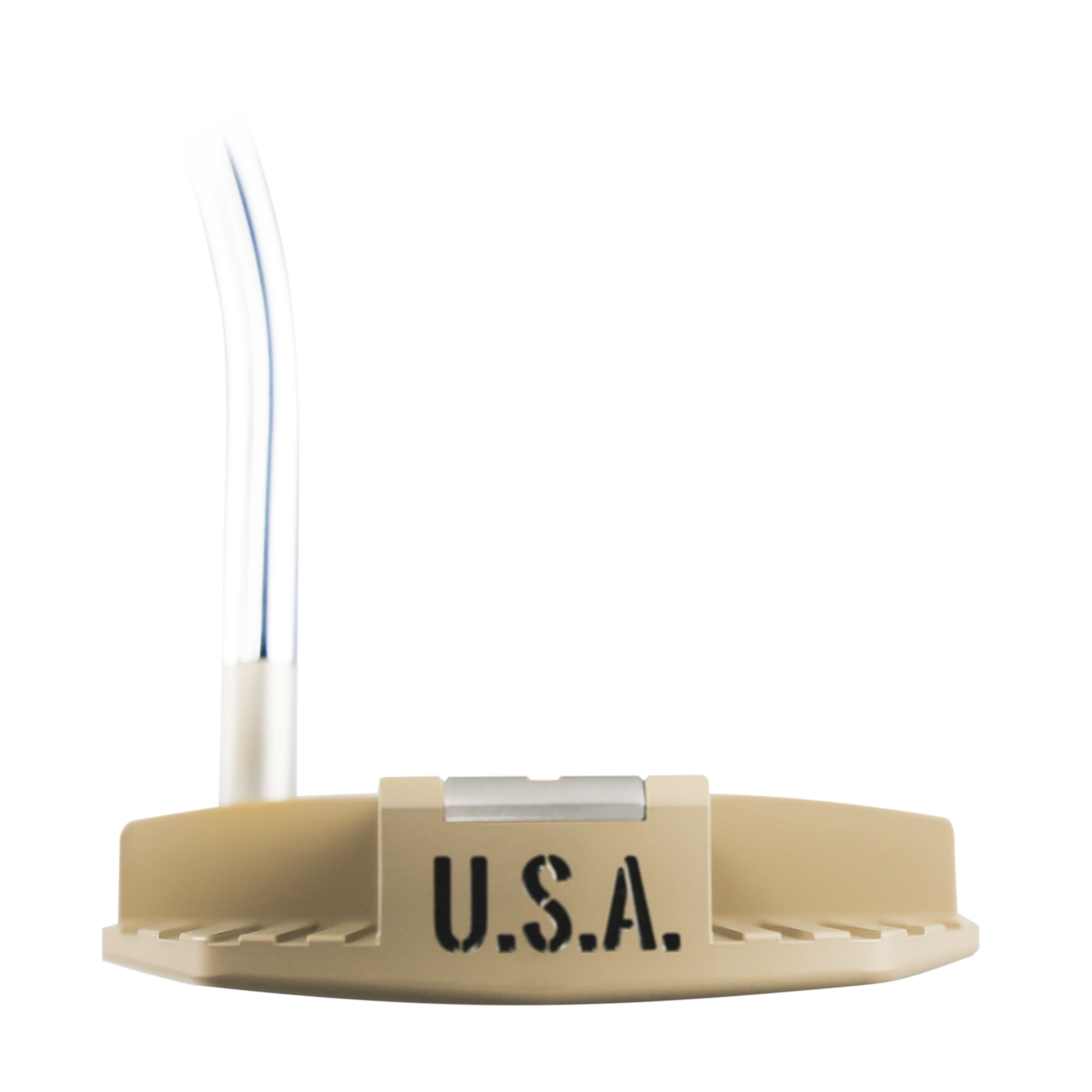 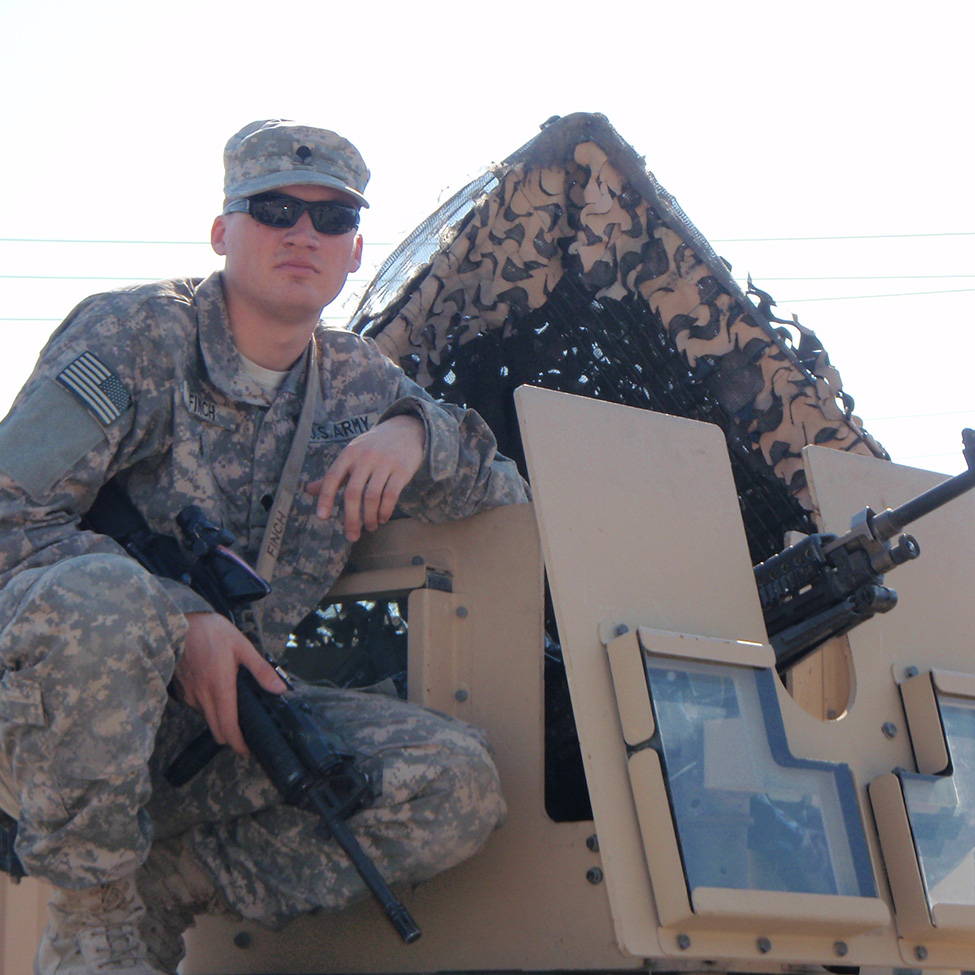 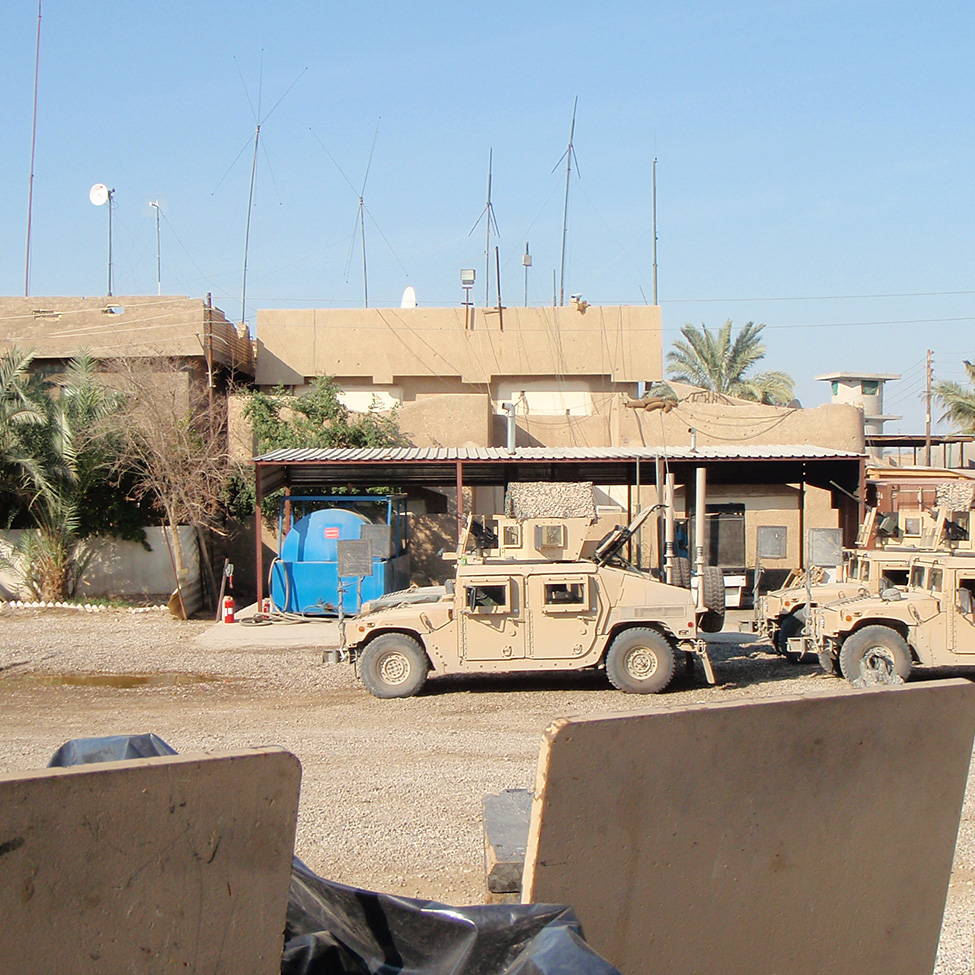 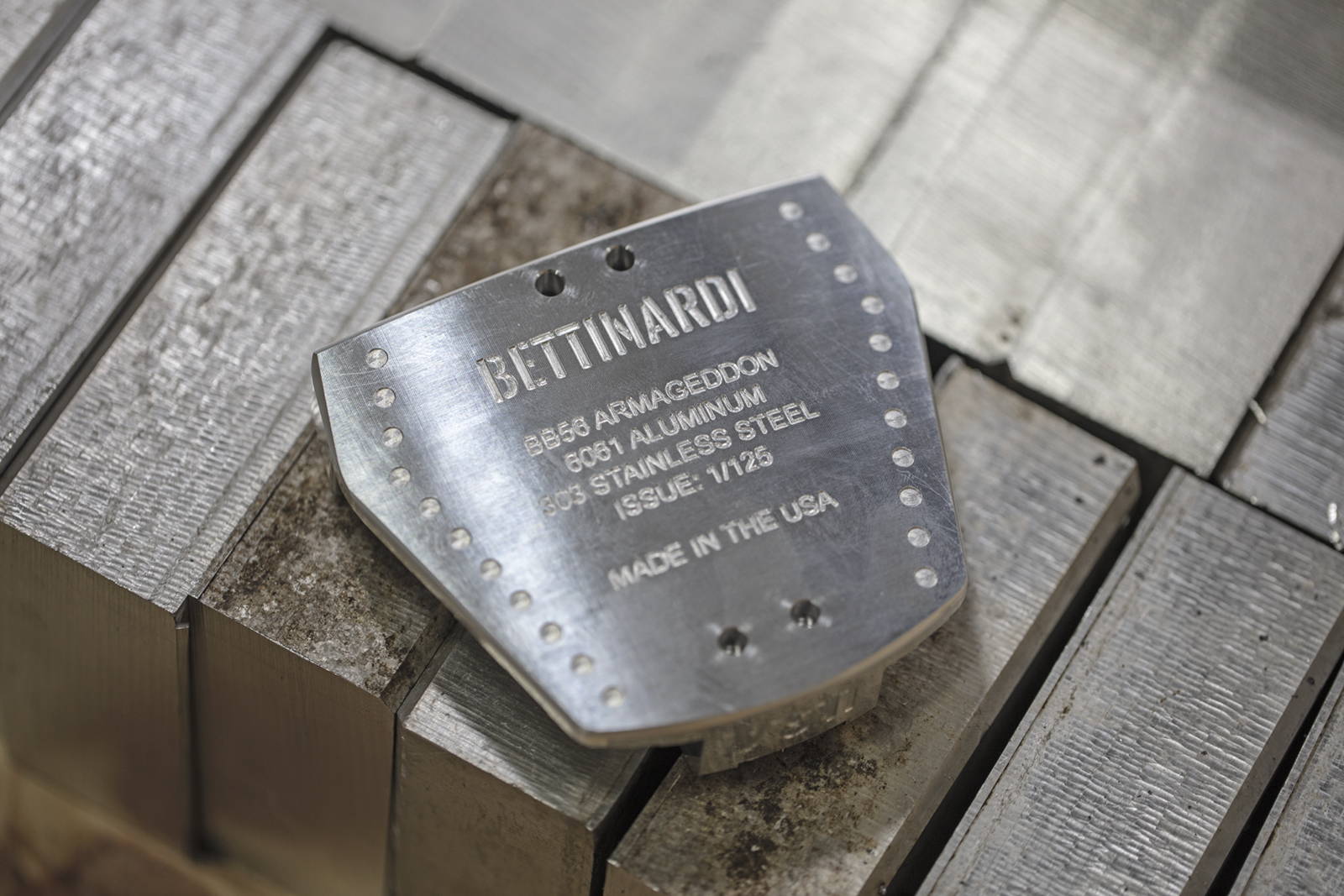 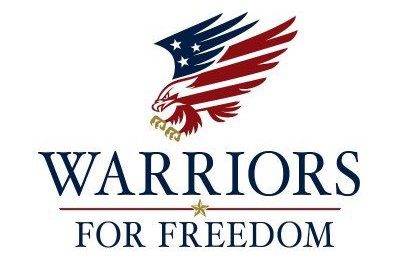